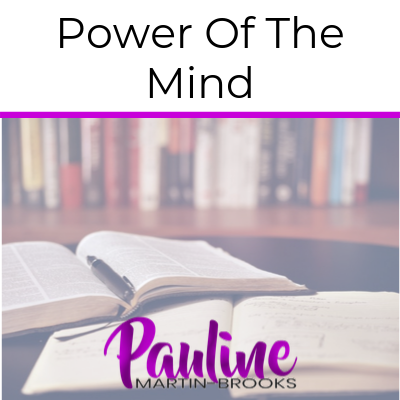 Power Of The Mind

One of my favourite books when I was growing up was called the Giant Book of The Unknown, I received that about the same time I received a beautiful leather bound copy of the Websters dictionary and a book about Marie Curie (all of which came from a deceased estate that my dad happened to be clearing out.)

The things I read about in The Giant Book of the Unknown seemed so amazing to me that they had to be some kind of magic. Things like remote viewing were especially fascinating as they proved the concept that we are all connected. If you don't know what remote viewing is it's when one person thinks of something and the other person draws it, and it's been tested over vast distances, so distance has no bearing on it.

The other thing that really disturbed yet intrigued me were people who believed so strongly in the crucifixion that they grew substances that were hard as nails from the soles of their feet and the palms of the hands. I thought to myself if the mind can do that what else can it do?

I re-read the Giant Book of The Unknown and kept it for many years, thus started my obsession with the power of the mind when I was about 12 years old!

At about the age of 14 I bought Kevin Trudeaus Mega Memory to learn how to improve my memory.

This was the start of a lifelong fascination with learning. Actually it probably started earlier as I have many memories of my dad saying go and look something up in the encyclopedia or go and read the dictionary - basically I was sent off to read a lot as a kid - luckily it's still my happy place today, that and a dance floor.

Studying was like zen to me and as I grew up in a rather tumultuous household with lots of yelling and screaming I was able to zone out rather easily and often found myself not quite here, basically in a trance like state.

Learning Neuro Lingusitic Programming, Ericksonian Hypnosis, Neurological Repatterning and Time line Therapy in my late twenties opened up a whole new world of possibilities using that same trance like state. Knowing I could cure phobias, shift beliefs, help people get rid of negative emotions and a slew of other things was simply incredible.

You see nothing excites me more than Solving Problems - be they business problems or personal problems - A problem well stated is a problem half solved!

Now that I've cycled back to this line of work it was time to seek out something even more advanced than NLP and it was in November 2018 that I trained in an emerging Therapy called Rapid Transformational Therapy.

Given my love for NLP, this was a holy grail combination of NLP, Psychotherapy, Hypnosis and a handful of other techniques designed to achieve rapid lasting change. What thrilled me most about this is that there were GP's, Psychotherapists, Psychiatrists and Psychologists all learning this new form of therapy. Which is a good thing because often one session under hypnosis is all it takes to get to the root cause where years of Psychotherapy can sometimes achieve very little.

I specialise in Procrastination and Performance Issues, because I believe as Business Owners we need to overcome this to get our genius out to the world in a timely manner.

If you are interested in an RTT session to get to the underlying cause of what's holding you back please Click Here to see more information.